2012 was an interesting year for movies.  I can not say that as the years have progressed, Hollywood is putting out better and better movies.  In fact, it is quite the opposite.  Although special effects have become amazing and near life like, the surprise that a few actors who were comical to begin with have taken their performances to places few others have ventured, and that there are a handful of directors who still hold onto the mentality that they are storytellers and entertainers first, and have honed their craft to such a heightened level that they can convincingly take you on a journey through sight and sound.   But the preponderance of movies that I saw this year were like the majority of the food I find in restaurants as of late, they were bland going in, barely made me feel as if I got my money’s worth, and were forgotten as soon as I exited the establishment.

So as a result of the drivel that movie studios continue to produce, my list of best and worst of 2012 will reflect the dwindling level of commitment that Hollywood has made in creating movies for our consumption.   My list will instead be composed of movies that I found to be entertaining, funny, interesting, made me pause and think, as well as the movies I thought were expertly crafted.  My goal was to make a list that reflected the attitude I had after I left the theatre.  Did I stop and think to myself, “Wow, that was interesting,” or “Wow, that scene where this one thing happened was breath taking,” or “What an amazing retelling of a story that I thought I knew?”  That is what I expect from a movie, even today.

I want to be entertained when I go to the movie theater.  I know I am not watching historical facts, I know that there are no witches with spells, or futuristic post apocalyptic worlds, nor do I really believe that one of our presidents also hunted vampires in his spare time.  But, if I can see it on the screen and it is well done and believable, then for those 2 hours I want to believe that that world exists.   That is what a good movie does.  It transports you to another place where magic might exist, or an alternate reality, or into the world of espionage and spies.   But that kind of movie magic and escapability is few and far between, especially amongst the bevy of remakes, reboots, TV, and video game franchises that have become ever so popular.  It has become almost impossible to find a movie with that kind of transportability in it, let alone any kind of original thought behind them.   So the following list of movies were movies that I was happy to have spent my hard earned money on.  The list has been broken down into 3 categories: best made movies, entertaining to watch, and family movies.

Movies that entertained me:

Seeking a Friend for the End of the World 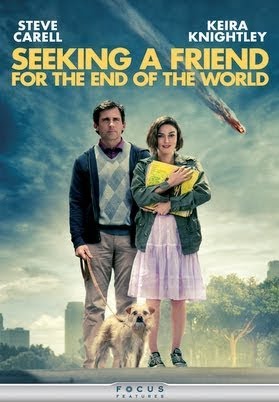 The Hobbit: An Unexpected Journey

Snow White and the Huntsman

The Cabin in the Woods

Just a guy with an opinion and some time on my hands trying to find out where the sidewalk really does end.
View all posts by thedailyheard →